Vitiligo is a skin disorder that triggers the loss of skin color in patches. It tends to progress over time, with other areas of the skin losing pigment. Vitiligo happens when cells that produce pigment are dead or stop functioning.

Melanin is a pigment where your skin color, hair color, and eyes color come from. Melanin is produced by cells called melanocytes. Vitiligo skin condition is known for its white blotches of skin and it happens when the melanocyte cells die or stop functioning.

The more we understand about vitiligo causes, the better we know how to prevent it and the treatment becomes easier. So in this article, we are going to discuss a list of Vitiligo Causes and effective preventions.

Researches confirmed by a lot of scientists and experts believe that immunity disorder plays a role in vitiligo causes. When the immune system abnormally identifies the cells melanocytes as a foreign or unknown part of your body. The immune system then attacks the pigment cells, melanocytes.

Now you might think that treating Hashimoto’s would eventually be the treatment for the Vitiligo caused by Hashimoto disease. But the truth is that Hashimoto’s treatment would not affect or treat vitiligo disorder in the skin.

Furthermore, Scientists also believe that a type of vitiligo disorder called Non-segmental vitiligo, which only damages the melanocyte cells on one side of the body, may be autoimmune-related.

Heredity plays a role in the formation of the human body through genes. Inherited diseases are transmitted from one generation to another through defective genes. These diseases run in the same family.

As a genetic disorder, vitiligo sometimes runs in families, meaning that a child can inherit Vitiligo from parents or other family members, but it is a rare case. However, vitiligo inheritance appears to depend on several factors, involving the interaction between multiple genes and other unidentified factors or triggers.

Many people have argued if Vitiligo is hereditary. It is not yet possible to predict if every family member will inherit vitiligo when one family member has a skin condition. But based on the fact that immune system disorder is genetic and it’s one of the causes of Vitiligo, it is possible to inherit Vitiligo from family members.

Emotional stress increases the levels of catecholamines, neuropeptides, and cortisol that are higher in vitiligo patients. People with vitiligo have revealed that emotional stress causes more patches to develop. Like physical stress triggers Vitiligo, emotional stress also seems to expand vitiligo to other parts of the body.

The change in the natural appearance of the skin caused by the vitiligo condition can affect a person’s emotional or mental wellbeing as well. According to statistics from experts, female vitiligo patients perceive more emotional stress than affected males.

Research has proven that vitiligo is not contagious or life-threatening, but it causes serious emotional pain. blotches of skin hidden from view areas of the body are not as worrisome as those that show on exposed areas of the skin such as the face, neck, and hands.

Symptoms of emotional stress include Being more emotional than usual. Heaviness in your chest, increased heart rate, or even chest pain. Feeling overwhelmed or on edge. Having troubles in keeping track of things or remembering. Have trouble in making decisions, getting your work done, solving problems, and concentrating entirely. Taking alcohol or drugs to ease your emotional stress.

Symptoms of physical stress include Shoulder, neck, or back pain; general body aches and pains. Other symptoms include, dizziness, Grinding your teeth or clenching your jaw, headache, etc.

Vitiligo affects only around 2% of the population worldwide. That means the majority of people do not develop vitiligo, no matter how stressful their lives. Physical Stress alone is not enough to cause Vitiligo, but it is still one of the possible causes of this skin condition.

There are a lot of procedures to help you better manage both physical and emotional stress. The best way to control stress is to take some quality time to relax. No matter what type of stress you are dealing with, either emotional or physical stress, just take a break from reality and rest.

These environmental factors include sunburn, pollutants, or exposure to industrial chemicals which can play a part in aggravating vitiligo.

If your environment is close to an industrial company, exposing yourself to monobenzone or related chemicals in a class called phenols can trigger vitiligo. Monobenzone is a chemical used in the production of leather, cosmetic dyes, and rubber. Scientists have shown in multiple kinds of research that Monobenzone triggers vitiligo to develop and worsen in people who already have vitiligo.

Monobenzone topical (for the skin) is also used to permanently lighten skin in people with vitiligo. But if you don’t have vitiligo and there’s is a splash of Monobenzone chemical on your body, it may trigger vitiligo.

Also, exposure to UV rays, pollutants, or other environmental factors can cause Oxidative stress, which is an imbalance in certain types of compounds. The UV radiation is existing in sunlight and constitutes about 10% of the whole electromagnetic radiation output from the Sun. The parts of the human body that are affected by vitiligo are said to be the most vulnerable to oxidative stress.

At first, they argue, but after they discuss their experiences and move around to examine them from the other’s perspectives, they come to the realization that each of them was correct in describing part of the whole and that together they could discover the bigger truth.

It’s accurate that there have been a lot of different suggestions in the past about vitiligo causes, from Immune system disorder to physical and emotional stress, environmental factors, and heredity. Many scientists have spent so much time arguing about which one was correct. But it turns out that all of them are correct, and work together to cause the skin condition.

Vitiligo can start to develop at any age but usually appears before age 30. It can affect people of all skin types, but vitiligo is usually more visible in people with darker skin color. Vitiligo also affects White People, but the white patches are more noticeable in people with dark or tanned skin. It can also affect people of any gender, or ethnicity.

Vitiligo can affect the eyes, the inside of the mouth, and the hair. In common cases, the affected areas of the skin remain discolored for the rest of your life. The total area of the skin to be affected by vitiligo depend on the type of vitiligo the person has.

When the discoloration affects nearly all skin surfaces, it is called universal vitiligo. Generalized vitiligo is when the discolored patches often progress similarly on corresponding body parts. Segmental vitiligo tends to occur at a younger age, progress for a year or two, then stop without treatment. Localized vitiligo discolors one or a few areas of the body. While acrofacial vitiligo affects the skin on the face and hands, and around body openings, such as the eyes, nose, and ears.

The American Academy of Dermatology (AAD) revealed that vitiligo is more than a cosmetic problem, It is a health issue that needs medical attention.

For the treatment of Vitiligo, it’s best to first consult a specialist. However, the choice of treatment depends on the patient’s age, how much skin is involved and the area of the skin affected, how quickly the disease is progressing, and how it’s affecting your life in general. The earlier you see your doctor, the better to control the damages.

Also, note that vitiligo can not be treated completely, but it can be controlled through medication. There are also medications available to help restore the skin color or even out skin tone completely, though results vary and are unpredictable.

In general, some treatments for vitiligo may restore the original color of the affected skin completely, but don’t cure the vitiligo disorder completely. Also, the condition is not life-threatening or contagious. It can make you inferior or make you feel bad about yourself.

There are different types of treatment that can help decrease the visibility of the vitiligo condition. Types of treatments include Natural treatment, Using sunscreen, Phototherapy, Skin camouflage, Depigmenting, Topical corticosteroids, Calcipotriene (Dovonex), and many others.

Natural treatment: Since ancient times, herbal products of different nature and effects had been used for the treatment of many diseases and skin conditions. Vitiligo can as well be treated naturally, hence it is called natural Vitiligo treatment. Fruits, vegetables, roots, and herbs are the natural things used for the treatment of vitiligo and it’s the most advisable one.  A lot of people have reported total restoration of their original skin color after using natural vitiligo treatment.

Using Sunscreen: It is advisable for a vitiligo patient to use a good sunscreen every day. Because vitiligo spots have no melanin and they can’t tan. If the skin is not protected with sunscreen every day, vitiligo patches may burn or even scar. Getting a tan on the rest of your body will highlight the white patches, especially if you are light skin.

Phototherapy: Using ultraviolet B (UVB) or ultraviolet  A (UVA) lamps is also one of the common treatment options for people that have a vitiligo skin condition. When you combine UVB phototherapy with other treatments, it can have a positive effect on vitiligo. However, you can’t actually predict the results.

Skin camouflage:  People that have mild vitiligo, can camouflage some of the white patches with colored makeup and, cosmetic creams. Before starting this kind of method, you need to select tones that best match your skin color. the makeup and cosmetics can last for about 12 to 18 hours on the face and up to 96 hours for the rest of the body.

Calcipotriene: Calcipotriene is a form of vitamin D used as a topical ointment and It may also be used with corticosteroids or light treatment. this kind of treatment has side effects such as rashes, dry skin, and itching.

Thank you for having time to read this article to the end. if you have any questions, pls don’t hesitate to write them down in the comment section, we will try as much as possible to respond. 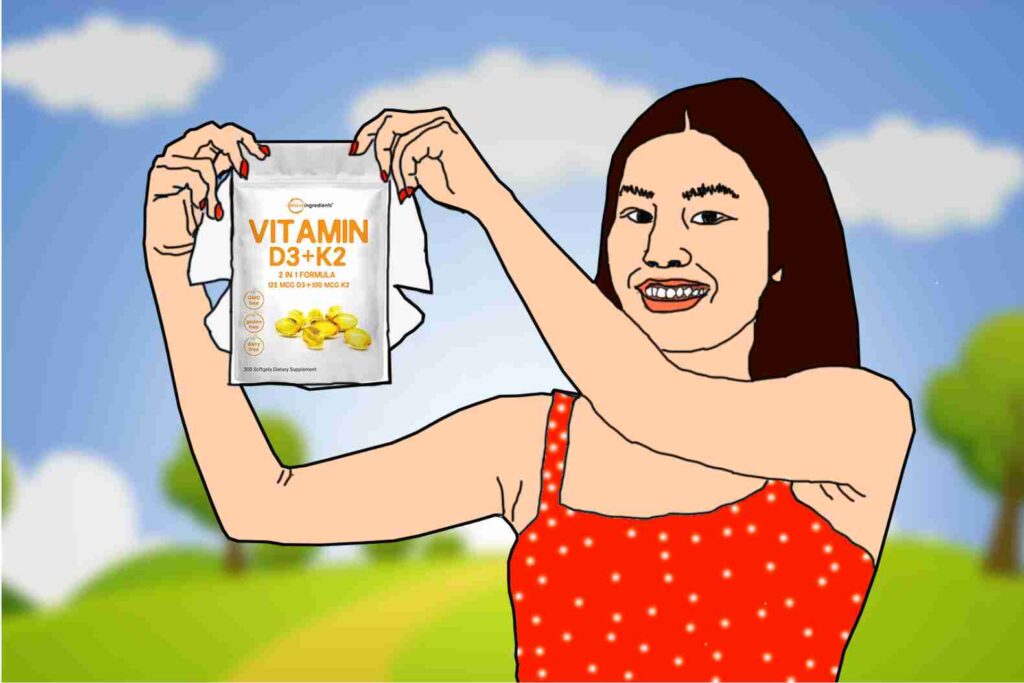 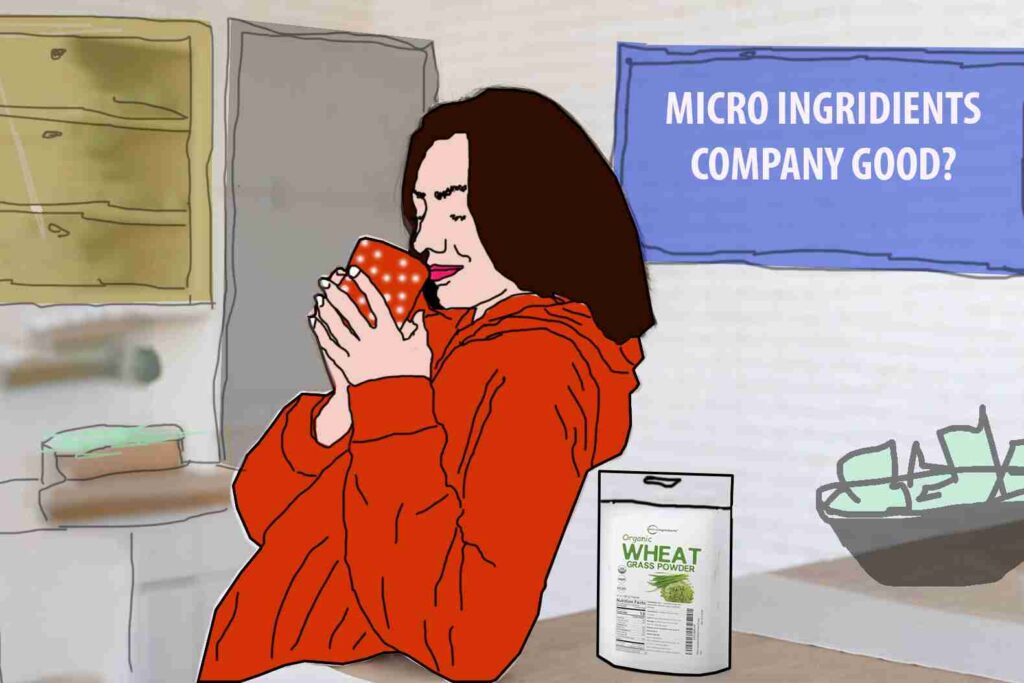 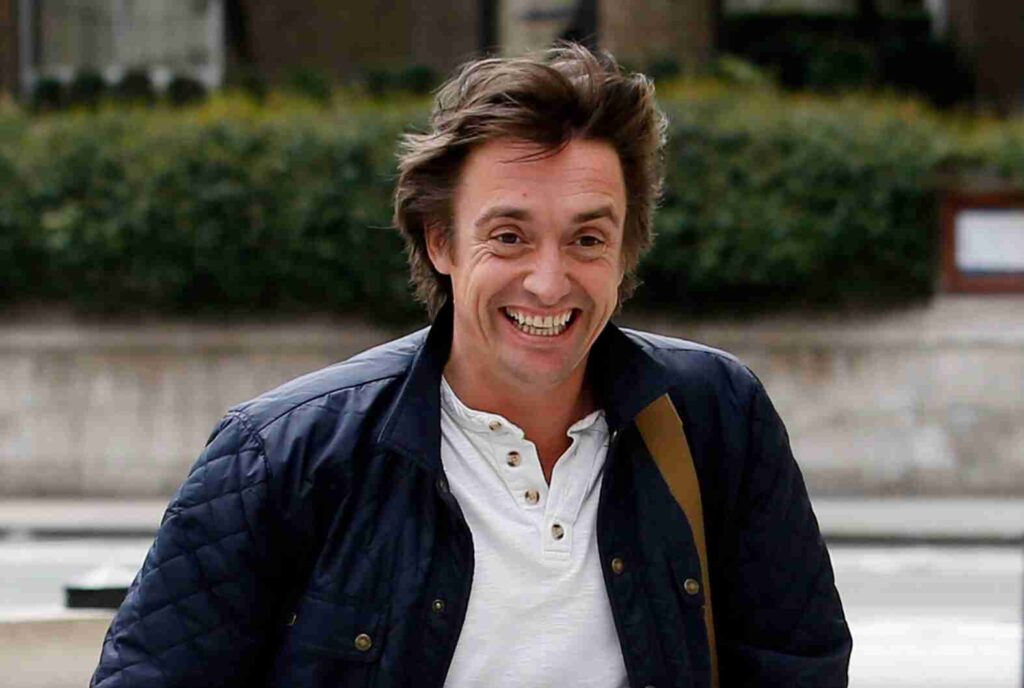 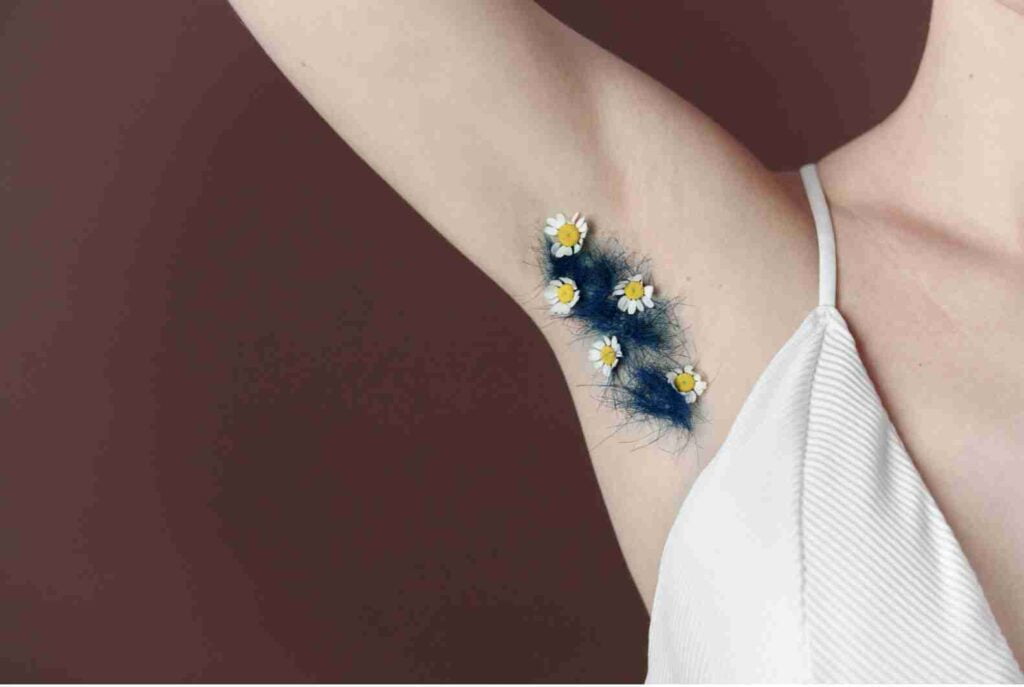 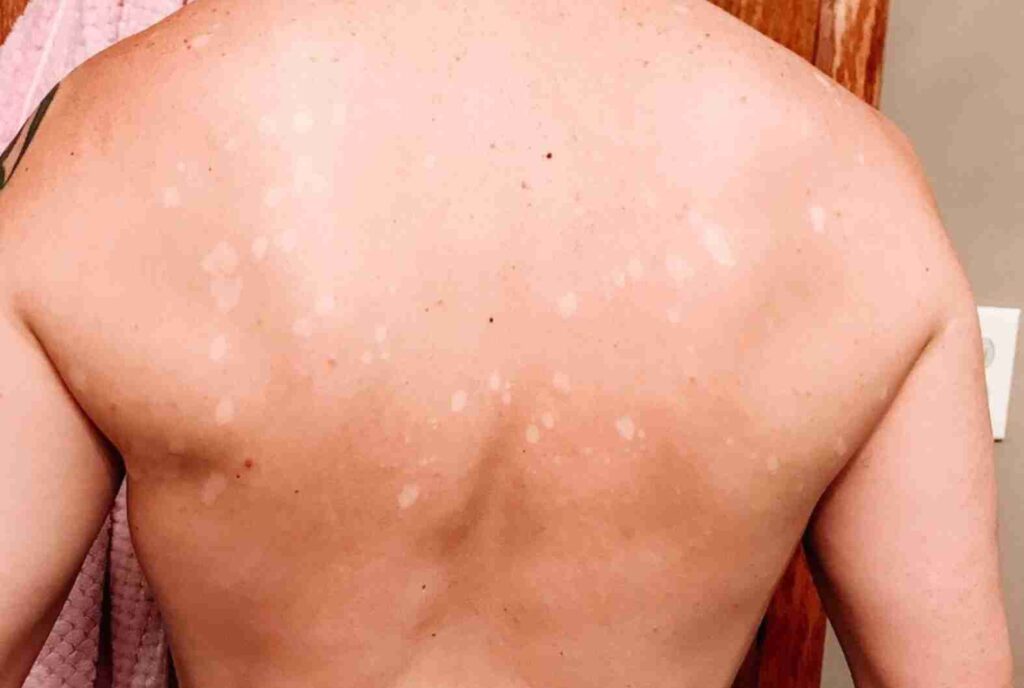 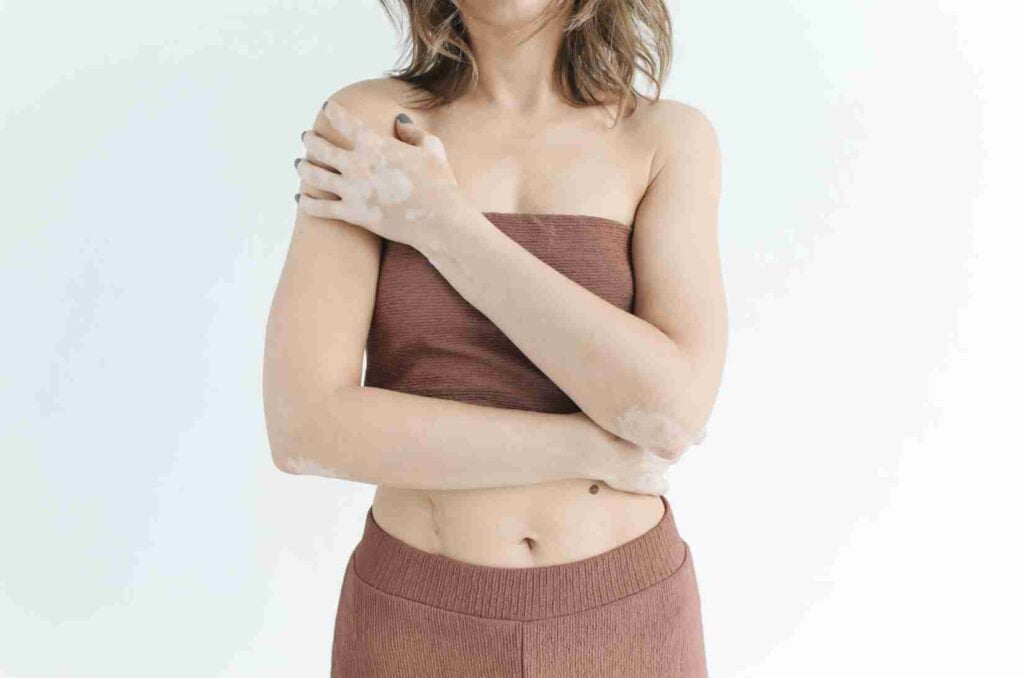